Bob Hardy has always enjoyed being on the move. Growing up in Berkshire, England, he ran five-minute miles as captain of the cross-country team, played on the rugby team and still found time to become an accomplished clarinet and saxophone player. At age 18, he moved to London in hopes of making it big as a musician and was soon touring Europe with rock bands and playing alongside greats like Jerry Lee Louis at the 1972 London Rock and Roll Show.

After a couple of years working on a cruise ship where he met his wife Vittorina, he moved to Canada in 1980. There, he took up jiu-jitsu, launched a second career as a die casting specialist and started a family. But in 1996, Bob’s life took an abrupt detour when he was diagnosed with leukemia following a routine life insurance physical.

“I was given a 40 percent chance of surviving the [bone marrow] transplant,” Bob remembered. His daughters were just nine and 13 at the time.

A man on the move finds himself at a crossroads

Prior to his diagnosis, Bob had been determined to earn his jiu-jitsu black belt. Now had a decision to make: give up or keep going. With the support of his family, Bob chose to continue his training, even getting permission from his doctors to temporarily discontinue a fatigue-inducing drug in the weeks leading up to his black belt exam. He ultimately gained his black belt, which he says helped give him the confidence to move ahead with the bone marrow transplant and subsequent treatments.

Although his leukemia was now in remission, Bob would experience several more health setbacks in the decades to follow, including a hip replacement in 2009, the discovery of a kidney tumor in 2016, and ongoing sciatica pain. He also underwent treatment for two blood clots, a common complication of cancer patients.

Following his leukemia diagnosis, Bob had begun cycling competitively and raced almost 22,000 miles. But treatment for the second clot in his neck led to a loss of balance and with it, his ability to use a bicycle.

Knocked down once again, Bob persevered and discovered that he could still race — this time with the help of a new set of wheels. By using a rollator, a type of walker equipped with handlebars and wheels, he was able to support his balance to return to the racing he had enjoyed in his cross-country days. It wasn’t long before he was entering marathons.

“People are so focused on what’s wrong with them, they forget what’s right.”

In 2013, Hugo Mobility (now a part of Drive DeVilbiss Healthcare) sponsored Bob and provided him with a rollator modified to fit his specific racing needs. With his new mobility aid, Bob was soon beating his own best times. But Bob admits to having some initial hesitations about using the rollator walker.

“I was used to riding a sexy bike,” Bob said. “The problem, for me, was the stigma of walking with a walker. I got over it and succeeded. When I finally assembled the walker, my wife and I went for a walk, but I had it hidden in the trunk out of sight. While I was shopping with my wife and no one was looking, I took it for a test drive. I could walk fast and not fall. The rollator kept me upright and for the first time since my bicycle racing days, could feel the speed.”

It doesn’t matter how you get there. Just cross that finish line.

In the years since, Bob has earned 36 finishing medals and participated in a 62-mile ultra-marathon, 37-mile Lumberjack marathon, six standard 26.2-mile marathons and raced more than 7,000 miles. His best marathon time was 5 hours, 23 minutes at the 2018 Toronto Waterfront Marathon. He also organizes local events to encourage others to get walking at whatever pace and distance work for them.

“I like to hear stories of people who are trying,” Bob said. “You have elite athletes doing all of these crazy things, but when ordinary people get up and go for it, it’s more meaningful.”

When Bob isn’t competing, his focus is on music. He and his late songwriting partner composed “Fifth Day Suite,” which earned two international songwriting awards. He is also a motivational speaker and philanthropist who raises money for organizations including The Ottawa Hospital where his transplant took place.

“Stephen Hawking is the person I looked up to the most because he fought a life-long illness and continued on to be an amazing person,” Bob said. “Even when he was completely disabled, he laughed at himself. So, I laugh at myself and don’t take myself seriously. Otherwise, you get too tied up in your health. People are so focused on what’s wrong with them that they forget what’s right.”

Bob plans to continue racing as long as his health allows. His goals for 2022 include a motivational speaking event, introducing his new 11-piece symphony orchestra, L’Orchestre Plume Moderne, competing in the Ottawa Race Weekend Marathon and shaving his marathon time down to four hours and 20 minutes to qualify for the 2022 Boston Marathon.

Despite the struggles and setbacks, Bob has found a way forward. “Keeping moving has been the key,” he said. His accomplishments speak to his determination to persevere and treat every new day and opportunity as a victory.

Rollators & Walkers to Keep You Going

Explore mobility aides that provide the stability you need to move quickly and safely. 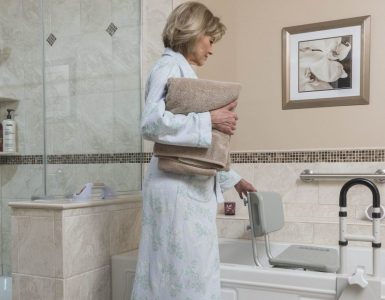 Step Into 2023 With Better Bath Safety

One in four adults aged 65 and older will experience a fall this year—with most falls occurring in the bathroom. Bath Safety Month is an important reminder to take extra precautions in the bathroom to prevent slips and falls. Here are five steps you... 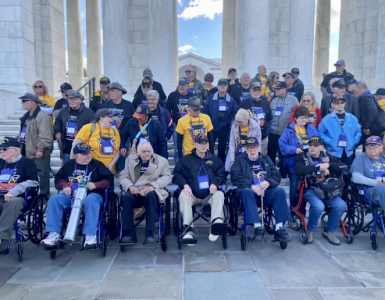 In the early hours of October 8, 2022, volunteers loaded a trailer bound for Washington D.C. with Drive Medical wheelchairs. That trailer was just a small part of what would ultimately prove to be the trip of a lifetime for the dozens of veterans... 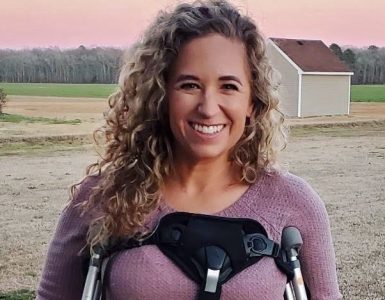 Step Into 2023 With Better Bath Safety